A Short Interview with Nelson, Our Taiwan Producer

Imagine being involved in some of the most famous movies and providing support and help to coordinate film projects and video productions.

Nelson worked his way up in the video production industry, by covering various production roles throughout the years for different Asian and Australian companies, in addition to his freelance work for clients in Taiwan.

Nelson’s extensive experience a based local DOP and fixer reflects on his valuable insights, lessons and wisdom to share. We worked with him for content delivered to end clients like L`Oreal or Google. He helped creating captivating footage and we appreciated not only the breadth of his experience but also his high level of proactivity and professionalism. According to Nelson, being a local producer involves enthusiasm, resilience and a huge amount of creativity.

Below, we ask him more about his work and the challenges of being a local producer, how he deals with the unexpected, but still manages to stick to tight deadlines.

How did you become a producer?

I was hugely inspired by my dad, who’s a retired filmmaker. Visiting him on set and watching him directing / producing / making magics happen was my usual activity on the weekends, and something I could brag about to other kids in school. I remember witnessing what teamwork is on set, some now-or-never miracle moments recorded on camera, and how a lens flare made everyone hyper. And I remember being very proud because the films and series my dad made were popular at the time. So, I wanted to be one of them, a mighty production crew member. However, becoming a producer was actually a rebellious action against my dad, who’d insist me to start as an AD and climb my way up. Not a bad arrangement but I didn’t want to limit myself and I wanted to learn more things and go more places.

What do you love the most about your job? (What kind of mindset is required for this role/position?)

What I love the most about being a producer is actually the fact that I don’t see it as a job but it has become part of my life, and what I get the most from its resources, strong friendships and some respects from the people I have worked with.

In my opinion, being a good producer involves:

1.         Enthusiasm – you have to really love filmmaking first, otherwise just by talking to numerous different people and solving issues for them will dry you out.

2.         Leading but not ordering – yes you create work opportunities for crew but it is also their professions that help you complete every task and survive every project, so set a goal and work with crew, crew don’t work for you.

3.         Creativity – to a certain point of time you will have to decide things for clients and directors, and even occasionally you will be a director to some projects too. So, it’s good to have some artistic talent and creativity.

4.         Understand consequences – I’ve had a director/producer friend who is very shy to properly quote on his cost estimations because he’s too scared to lose clients. (I’d say he assumes every client wants the cheapest) Therefore, all his projects are running super low budget with super tight schedule, and he always wants to make every single work a masterpiece, so his shoot days are always double with longer work hours like 20 hours a day. There was once more than half crew, including the DP just gave up on him and stopped showing up on the second shoot day, while the client was there on set. Be sure what your quote stands for and never hesitate to let the clients know why things cost and why things take time. Be sure to always remind yourself and the clients, unfair cost and time can lead you to poor production quality and poor result. If the clients aren’t happy, then perhaps assist them to take out a few items but they have to know what may come after these items taken out.

To a certain extent, yes. In some projects I’ve worked on, the producer is also the director and writer.

Encountering unexpected typhoon while filming a car commercial, and we were filming the driving on road scene and still had the exterior shots to do which were set to film outdoor too, and the worst part was we couldn’t push the day back. So we literally moved the whole crew to shoot in places that the typhoon and rain hadn’t yet come, and when the rain came we just moved to the next place. We were lucky to finish the shoot before the whole north Taiwan was covered in rain.

To be honest, I haven’t found a thing that I dislike about working with you. Paul, Bianca and Zeina have been so professional and so friendly. Understanding fixers’ situations and time differences but also protecting our rights at the same time. For me, working with you is like working with good friends. 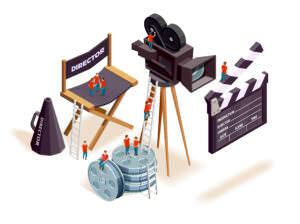 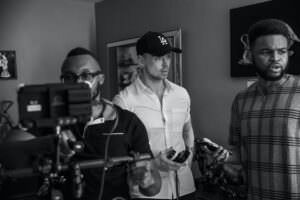 A Guide To Finding The Right Corporate Video Production Company 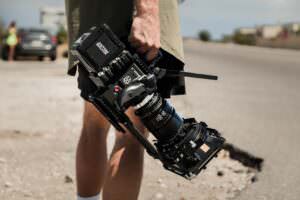 The Qualities To Look For In The Ideal Video Producer