A Short Interview with Obaji, Our Nigerian Producer

A new generation of storytellers is rising to give Africa its own voice. Obaji is a self shooting video journalist and documentary filmmaker with experience in operating the camera and specialized in researching stories, pitching, scripting, filming and carrying out edits.

He has been able to make his dreams come true through hard work, perseverance and determination. He started his career six years ago as VJ/filmmaker by coordinating projects as a local producer for foreign media houses including Al Jazeera and BBC. Now he is a full-time filmmaker based in Lagos and production specialist for Storytailors focused on telling Africa`s beautiful stories to the world.

That is why we were keen on to interview Obaji to find out more about his work in the video production industry, his positive visions and how his contribution shapes the African film industry.

How did you get into the industry and how did you become a producer?

In early 2017 I was forced to flee my hometown in southern Nigeria after reporting a story that exposed corruption. That’s when my journey began. I was a journalist with Champion Newspaper, a local newspaper at the time. After fleeing for safety, I began travelling incognito around Africa, taking the road less travelled to assure I couldn’t be tracked. Throughout my journey, I felt deeply inspired to tell the stories of the people and places I encountered. I wanted to tell them through film, but there was a problem: I had no resources — no money, no camera equipment, no internet, nothing. But then I had an idea. “What good is an idea if I have no resources?” I thought to myself.

I returned to Nigeria in mid-2017 and reconnected with Ashionye Ogene, a producer I had earlier worked with on an Al Jazeera project as a local producer in 2013 who had now moved to CNN and to BBC. I coordinated projects for her and eventually saved up enough money to invest in online filmmaking knowledge.

“I was immediately attracted to Ken Burn Documentary class at MasterClass.com. I only got through a few lessons, until he said something that ignited a fire within me.”

I immediately started writing down all my ideas and pitching them. Two weeks later, I was commissioned by ZoomIn.TV, an online television based in the Netherlands to make my first documentaries. And in 2019, I won a $5000 seed grant at the Tony Elumelu Foundation (Africa’s largest philanthropy), which helped me found Tell Africa Productions.

Since then I have been a full-time filmmaker based in Lagos, Nigeria and travelling Africa making beautiful documentaries and telling the stories of Africa to the world. I have contributed to BBC, Reuters, and ZoomIn.TV, among others. Currently, I also work as an international production specialist for Storytailors.

What do you love the most about your job?

I love that video stories have the power to bring about layers of depth and engagement to stories that text just couldn’t. And so, I tap into this unique advantage that video stories provide to tell stories that matter, stories that will provide a true reflection of Africa and satisfy the appetite of a vast audience increasingly hungry for content from a continent people elsewhere thought they knew. This is the mindset I take with me on the job.

As a video storyteller, I research the ideas, think about the angles and determine and shape perspectives that help advance the narrative based on a specific idea I look to explore. As with every other storyteller, whatever I end up with is what the audience gets to care about and get to see. I believe this agenda-setting and gatekeeper role exerts some influence on the story I tell, but in a manner ethically acceptable.

Kern Burns once said that “filmmaking in an industrial manufacturing of anxiety”. This statement is true for virtually every shoot, I almost always encounter things during projects, but as a creative, I always overcome them. I remembered in 2019 I got a commission and travelled to a community between the border of Nigeria and Cameroon.

The story was about a young guy who invented a hydro-power system to help rural communities see electricity for the first time. I had to travel by road for two whole days sleeping on public transport because it was a no-flight route. It took three days of shooting in the community I went cut off from electricity, and internet and would often walk to certain locations to be able to make calls. On my third day of the shoot, my chargers blew to the extent it affected several of my camera batteries, I was depending on some small generating sets that were mostly unregulated. To make the cameras work, I needed to undertake another two-day trip back to Lagos. I was in the middle of nowhere, and the media house that commissioned me would be worried about me. However, going back meant undertaking another trip and cost altogether. Then I remembered I had a phone, I had to complete the filming with my phone, it became my saving grace.

I started working with Storytailors not long ago, and being part of a workforce that is more like a community has been fun so far for me. Every member of the community has been compassionate, open and supportive to the other, I have never had room for regrets. It can be disappointing though when you put so much work into a given task for a client (often times days of research, communication, etc) and then they change their minds on the project, I understand the company is trying not to be too hard on clients as to make them pay cancellation fees, but this expectation is managed. 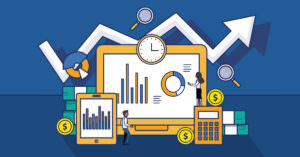 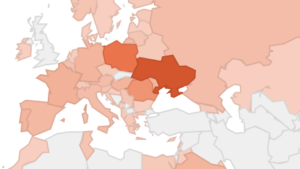 War-fixers and Slava Ukraini! Fixers in Ukraine for journalists 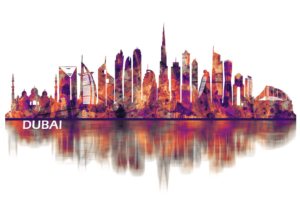